Myriam: 56: youngest of a family of 5 girls, turned rather towards sports (handball (St Jammes), tennis (Thèze), and even champion departmental petanque in doublet in 1980 with the Petersburg Club), is that to the thirty she passed his motorcycle license, loving travel also, it is responsible for logistics of the journey, of finance and of the papers a little normal, she's an accountant Secretary. She is also first officer.

Yves: 58 years, brother younger of 2 sisters, passionate motorcycle at the age of 16, he likes to travel, photography. Responsible for driving, mechanics, the photos and the kitchen a bit normal too, it is Cook in college (Morlaàs-64). Fallen into travel already tiny, with large from paternal parents of Extremadura in Spain, he began his professional career including Gabon and the Congo, as eye-catching on oil platform at sea, career that he had to stop after a serious accident at work, and made a reclassification in photography, then the kitchen.

Married in 1985, Mimi and Sancho settled in a small village of Béarn, THÈZE (64), a small Pauline was born in 1986, and a still smaller Aurélie was born in 1989. Already at the age of 8 and 5, in 1994, they went with MOM and dad, in side, because for more than 5 weeks discover Scotland and try to see the famous monster of the Ness Look.

Then in 1995 it was the Irish ballad, always in side because, in 1996 the Austria with a strategic withdrawal for cause bad weather, to the North of Italy, the Italian Alps. In 1998, vacation on the island of beauty, Corsica. But our first trips missed us, so in 1999, we leave all 4, in Cornwall and South of England. In 2000, the Portugal and in 2001 the Spain, specifically the Extremadura side of Hervás, village of grandparents of Yves, and 2003 Scotland again, last family trip, and yes the girls grow up and the sidecar is more suited. 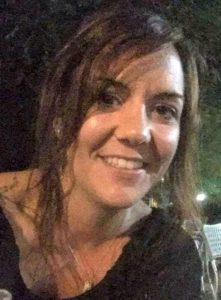 Travel continues without the girls, to the Spain, in 2007, the region of Barcelona and all the coast to Valencia with a stay in "a cueva" (cave) where the inside temperature was 18 °, and out over 35 °.

Meanwhile, in 2008, Yves for his 50 years, share solo (BMW 1100 GS), with 2 friends motorcyclists Olivier and Laurent, for a Bordeaux-Moscow-St Petersburg-Helsinki-Stocklom-Bordeaux, for 3 weeks, more than 8500 km, ten countries crossed, six changes in money, a dream come true, in the footsteps of Robert Séxé, a very rewarding experience for those 3 friends. They often point to. Feel free to go on their blog which is linked. 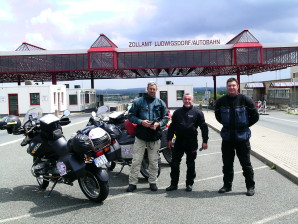 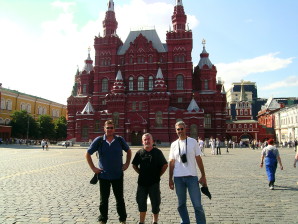 Well before all these trips, at 21 years, Yves went in solitaire(ne connaissant pas encore Myriam), discover Quebec, stop, with her purse back. It must bring Mimi to discover the famous "Beaver Lake", among others.

2008, destination Extremadura with a hook by Toledo and Madrid. In 2009 Andalucia, Almeria, Murcia, the desert of Tabernas, where in many spaghetti westerns were shot.

Summer 2010, preparations for the South America trip for a departure in early December, with shipment of the side because by boat mid November.

This site uses Akismet to reduce spam. Learn how your comment data is processed.